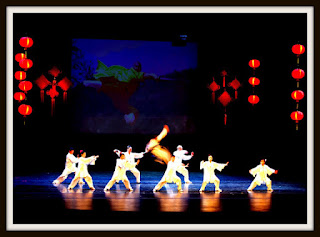 On Sunday the Tucson Sino Martial Arts Group performed at Centennial Hall for the Chinese New Year Festival. TSMA has been together since 2006. This was the fourth time the group has performed for this event. I am the newest member of the group, joining in October of last year, and the only senior citizen among them. Even though I have over thirty years of experience in the Chinese Martial Arts, I have never been part of a performance group. 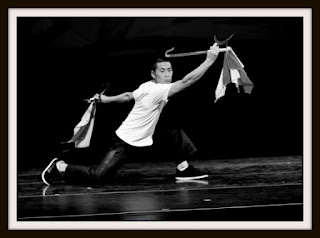 We were just a small part of the overall performance, our time on stage lasted about seven minutes. Our part of the program was scheduled to begin at 2:30 pm but we arrived at the hall at 10:30 am to get ready. On the sidewalk in front of the hall, we went through our routine a half dozen times. We were joined by Feng, Junjie a Chinese Shaolin Kung Fu and Tai Chi master who currently lives and teaches in Phoenix. Just before noon we took our turn on stage to go over the routine one last time. The people running the show made sure all the details and loose ends were taken care of, like where we would stand on stage, the exact placement of our swords, the lighting etc.
We started training for our seven minutes of fame last November, meeting for 2-3 hours of practice at least once every weekend. The routine put together by our Sifu, Zhao, Shuping, contained an entire Chang Chuan sword set, a Tai Chi fan set and a short Chen Tai Chi routine. These three sets were surrounded and embellished by short Tai Chi and Kung Fu movements. It all had to be timed perfectly and set to music. It was apparent to me early on, that I had joined a professional group that knew what they were doing. The broadsword set and Chen Tai chi routine were new to me and I had to learn them from scratch. The Fan routine was performed by the women only. When I joined the group I was 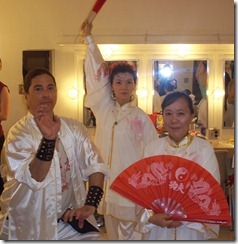 delighted to learn that the only other non-Chinese member, Rob, coincidentally had spent years studying and teaching two of the same southern Kung Fu styles that I knew. Sifu Shuping asked us to put together a short group of movements from the Hung Gar style of Kung Fu. We chose to each do a segment from the famous Tiger and Crane form. Simultaneously Rob performed the tiger section while I did the crane part.
The entire New Year’s show lasted well over two hours. There were dancers and singers and musicians. It was quite an extravaganza. I would have liked to have watched it from the audience. The people I know who did, told me it was spectacular and well worth the admission price. I watched as much of it as I could from behind the side curtain on stage. It was exciting being back stage with all the performers. 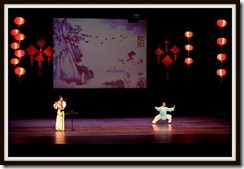 Besides performing with our group, Master Feng performed a Chen Tai Chi routine accompanied by Shi Yi on the flute. My wife, Katie, who was in the audience said, “It was so beautiful, I cried”. Master Feng also performed a solo routine, a drunken Kung Fu Form. This highlighted his incredible strength and flexibility. His interpretation of the form was both inspiring and humorous.
I am not an experienced performer and have a fair amount of anxiety about it. When I was in the seventh grade I was part of our annual Middle School Christmas Pageant. While standing in the front row singing Christmas Carols with the group, I passed out cold and fell to the floor. When I woke up, all the other kids were standing over me. It was humiliating. Even as an adult, that young boy who fainted in front o 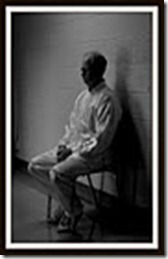 f the whole school pops up when I least expect it.

I missed much of the first part of the show just prior to our group performance. I sat by an open door breathing in the cool fresh air and trying to stay calm. We were the sixth act to go on. The women in our group had applied their makeup, put flowers in their hair and I thought they all looked very beautiful. The whole seven minutes of our performance went by in a blur. I have no idea how we did as a group, but I do know I spaced out for a few moments and missed a few

moves during the sword form. Others assured me later that it was hardly noticeable. Being in my 60s, I’ll write it off as a senior moment.
While the Centennial Hall show was still going on, the TSMA group walked over to a local Middle School to repeat our performance for the Vietnamese Lunar New Year presentation. The stage was very small. I was on the end and during the performance got tripped up in the electrical cords, lost my place and experienced an even longer senior moment. By this time however, I was so tired I didn’t care and no one seemed to notice anyway. The audience clapped and hollered loudly when we were through. They rewarded us with delicious Vietnamese sandwiches for our efforts. I ate mine with abandon. I realized I had hardly eaten anything all day. Just prior to our performance at Centennial Hall, we were fed us lunch which consisted of pizza and water. I ate one piece of greasy pizza and the fearful little boy inside warned me, not only might I faint on stage, but if I ate another piece of pizza, I might throw up as well.
Performing for the Chinese New Year’s Festival was all in all, a rewarding experience, but I’m relieved it’s over. Now our group can get back to learning and practicing the Chinese Martial Arts that we all love.
To see more pictures from the performance and other pictures by Jack Zhang go to the following link.
https://picasaweb.google.com/102776910731860589428
Posted by Michael Yeager at 2:40 PM