A few years ago I had the opportunity to return to Ferguson, Missouri, the town where I grew up, with my friend Paul. We’ve known each other since we were nine. We went to the same elementary school, were both in cub scouts and played on the same little league team. In the mid 60s Paul went away to college and I went into the Army. Neither of us returned to live in Ferguson. 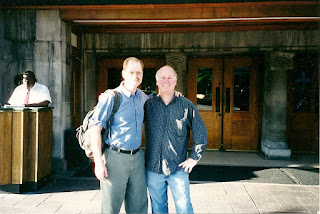