Life as an Ex-Pat Wanna-be

I’ve dreamed about living somewhere else from the time I was a young child. I got a chance to see all parts of the country when growing up because of my family's yearly two week vacations. Missouri's  central location, made it easy for the family to head off in a different direction each year. Remembering these precious two weeks during the summer helped me get through the rest of the year, when I was stuck in school. I could recall the deserts of the Southwest, the California beaches, the Rocky Mountains, the Eastern Seaboard, or the Gulf Coast.


As I got older, I read about ex-pats, those individuals who lived abroad. I admired writers and artists like Hemingway in Paris and Gaugin in Tahiti. The only time I’ve actually lived out of the country was my year in Vietnam. Imagining myself being there without the war was something that helped me get through it.


Katie and I now have a chance to experience a slice of ex-pat life here in Singapore. As a Caucasian, I am definitely in the minority. I see other westerners around and expect them to acknowledge me, like we’re in some sort of a club, sharing a common experience. “Isn’t it great to be living here in this exotic place?” But so far none of them have acknowledged me. In fact they seem to be the most unfriendly group here. Maybe there isn’t a club after all.


Being in Singapore is not quite like being in other Southeast Asian countries. My step son Peter refers to it as "Southeast Asia for Beginners". The city is clean and orderly and just about everyone speaks English. The majority of the population is Chinese, but there are Indians, Malays, Indonesians, Filipinos, Pakistanis and more. Mandarin and English are the two national languages, so it has allowed me an opportunity to learn and practice my Chinese. So far everyone has been kind and helpful as I attempt to communicate. All except one man that is, who ran a food stall at one of the hawker centers. I asked him for some hot sauce for my noodle soup in what I thought was adequate Mandarin, but he looked at me as if I were speaking Martian and called for his wife. It was obvious that he didn’t want to deal with me.  His wife came out from the back and seemed happy that I was attempting to learn the language and gave me some hot sauce.


To understand why Peter refers to Singapore as being for beginners, one only has to go across the bridge into Malaysia, which we did a few days ago. The smells, the cars and traffic, the poverty next to affluence all screamed “third world country”.
,

Many things in Singapore are cheap. At the hawker food centers, which are everywhere, you can get a delicious meal of rice or noodles, meat and vegetables for from $2.00-3.50 Sings. One Sing is about $.70 US currency. It’s cheaper to eat out than to prepare meals at home.
Ninety plus percent of the people here live in government housing. The island is filled with high rise apartment buildings. Like a rat in a maze,  I’m constantly getting turned around and lost because there are no horizon reference points. But the mass transit system is great. The MRT(subway/rail system) runs the width and length of the island. It is cheap to ride and extremely clean and orderly. Katie and I have ventured out in all directions. We’re determined to see and experience as much of this island/country as possible. 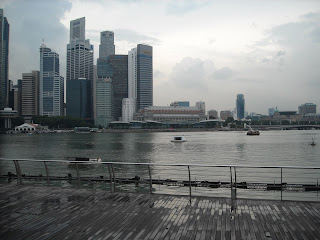 Katie and I left our home on the Olympic Peninsula on Tuesday, spent the night in Seattle at my sister’s, and on Wednesday caught a flight to Singapore. With layovers in San Francisco and Tokyo, we arrived thirty six hours later, with sore butts, sore backs and muddled brains. It was dark when we left and traveling away from the sun made it the longest night of our lives. I don't know how many time zones we crossed, but we lost track of the day and time and felt like we had entered the Twilight Zone.


I’d like to say the plane trip wasn’t bad, but I’d be lying. At times it wasn’t bad, but mostly it was a slow deliberate form of torture. We flew Japan Air on the last two legs of the journey and had been told that the food was good, it wasn’t, and that the seating was more comfortable than that of other airlines’, but it was just barely. 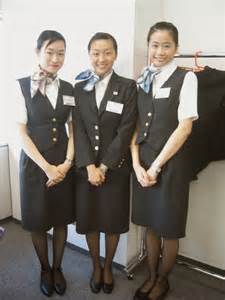 The stewardesses were all young, pretty, soft spoken and extremely gracious and helpful. Women’s lib has obviously not influenced the hiring practices of the Japanese airline industry and I’m alright with that.


On the seats in front of us were video screens with a modest choice of movies. I watched “The Intern”, with Robert De Niro and Anne Hathaway, not a great movie, but I enjoyed it (I’ll watch De Niro in anything), “Jurassic World” a silly, predictable movie with good special effects, and “Black Mass” a disturbing movie with Johnny Depp as Whitey Bulger, and the better of the three movies. The movies were about two hours each which left an endless amount of time for reading, trying to get comfortable, trying to sleep and trying not to look at my watch.


During the longest leg of the flight, between San Francisco and Tokyo, I was stuck in the middle seat with Katie by the window and in the aisle seat, a guy who put a black mask over his eyes and slept the whole time. When Katie or I had to pee, which is often at our age, especially with the helpful stewardesses supplying us with plenty of water and soft drinks so that we didn’t get dehydrated or throw an embolus, I had to wake him from a deep sleep, wait while he pulled off the mask and stood up in the aisle. And when we returned, Rip van Winkle was again sound asleep with his mask on.


Our longest layover was in Tokyo. For five hours we wandered around the airport, sat in a variety of places and ate Japanese food, which was delicious. We were both happy to be off the plane. We couldn’t figure out why so many Japanese people were wearing surgical masks. Is the Avian flu back and should we be avoiding them or are they afraid we are sick and they’re trying to avoid us? A lot of young school girls had them on. I can’t stand having a mask over my face, but that’s just me. I’ll take my chances.
Peter, Katie’s son, met us at the Singapore airport and took us on a wild ride nearly the entire width of the city/state/country. People drive on the wrong side of the road here and zillions of motorbikes dart in and out of traffic. 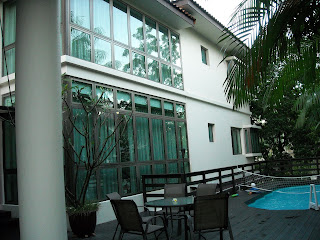 But we made it to Peter’s home where his wife, Nani, and son, Christopher, welcomed us. We ate a wonderful meal Nani had prepared, fell into bed in their guest room, and slept.

Posted by Michael Yeager at 10:41 AM No comments: